More than 30 billion animals are killed by the american meat industy each year - in ways that would horrify any compassionate person and that would be illegal if cats or dogs were the victims.
Chicks have their sensitive beaks cut off with out any painkillers. Most small farms have been replaced by massive corporate-run "factory farms" in which chickens, pigs, turkey and cows are treated like machines instead of living feeding individuals.  All the meat and dairy products you get in the supermarket comes from these disgusting over cramped farms.
Ammonia levels in chicken farms are so high that the corrosive substance burns the birds lungs and skin.  YOU EAT THAT! More than 99 percent to chickens have the E coli bacteria even before they hit the market because of the filthy conditions they are raised in.
Undercover Investigations: Workers at a Pilgrims Pride slaughterhouse(the largest supplier in the US) were documented stomping on live chickens, spray painting their faces and slamming them into walls. Workers at a butterball slaughterhouse were documented punching and stomping on live turkeys and even sexually assaulting them. Watch the undercover video at VegCooking.com
Hens are crammed by the tens of thousands into filthy sheds with five to 11 hens per cage - the cages are so small that the birds can't spread even one wing.
Chickens are genetically manipulated and dosed with antibiotics to make them grow so large so quickly that they become crippled under their own weight.
Research has proved that chickens are smarter than dogs ,cats and even some primates. In a natural setting a mother hen begins to teach her chicks various calls before they even hatch- she clucks softly to them while sitting on the eggs, and they chirp back to her and to each other from inside their shells. Unfortunately, chickens in the factory farms never met their mothers.
I am tired of people asking me why I choose not to eat meat.  Stop telling me that I don't get enough protein. Do your research. The world is filled with vegetables and nuts that can give you the same amount of protein. Think about what you feed your body with.
My new T-shirt is going to say,"Save a Chicken, eat a Vegetable!"
Posted by Michelle at 8:34 PM

I should feel guilty for eating chicken cutlet parm tonight - but it was sooo damn good.

I'm glad you love me enough not to hit me. Or at least I'm too far away for you too. haha

Seriously, I know it's annoying when people ask tons of questions everywhere you go (look at my lifestyle too - people always have a barrage of questions ready). But think of it as an opportunity to educate. You can change the world one person at a time.

Hi Michelle,
You don't know me but I found you when I did a search on Brivanib and Sarcoma. I had a sarcoma removed from my thigh in 2006 but now I have lung mets. I'm starting the Brivanib trial in January. How is it working for you? I'm nervous but hopeful and would love to hear that you got the great news that you were anticipating.

Michelle
Long Island, New York, United States
My life and Journey. Cancer type: Non-differentiated Spindle cell Sarcoma. When I was 22, I was diagnosed with Angio Fibroma tumors of the sinus cavity. I had my first Brain surgery (cranial facial resection) in 2002. While I was on my road to recovery my boyfriend Paul proposed and we had a beautiful wedding. For 4 1/2 years I lived a normal exciting life. April 12, 2007 My first radiation treatment for a reacurrance. 6 months later the tumors grew back..very fast and more aggressive. I had Brain surgery on November 30th 2007. 2008 Proton Therapy-Radio synthesised Cheomtherapy at Massachusets General Hospital. Bahamas Clinic - Vaccine & immune therapy. 2008-2009: Clinical Trial - Brivanib. 2009 Bilateral Paroditectomy & Lymphectomy & right upper lymph node removed 2010 Random lymph nodes removed. Brain surgery w/dura patch 2011 Tumor in cheek removed w/Lymphectomy 2011 Radiation - cancer in facial nerve I love my Life. I am positive, strong, loving and beautiful. My scars are my battle wounds. I will wear my lovely heels and proudly glide through life with the knowledge that I can help others fight thier war against Cancer. 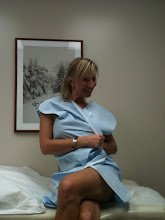 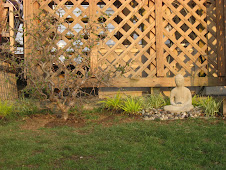 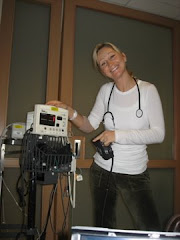 I love that my dogs eat Veggies!
Bandit with a yummy carrot.